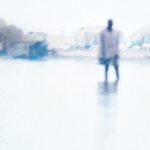 Ambient hymns, alt-gospel, opium soul – call it what you like, ‘The Captive Road’ is the distillation of a life lived following the road less traveled.

Kevin’s songs show many influences – from Leonard Cohen to Bon Iver, Nino Rota to the Coen Brothers, Ethio-jazz to desert blues – these whispering short stories draw the listener into a world of beautiful sorrow.

Kevin Finseth plays acoustic piano, bass balalaika, accordion, marimba and sings. On the captive road the lyrics are spare, the notes are few, the rhythms reluctant, the melodies redemptive.

Recorded at Andrew Smith’s Vancouver Live Sound Studio over the course of a year, Kevin returns to it’s warm and intimate environment for the CD release Party.  525 Seymour St. (near Pender) – www.kevinfinseth.highlifeworld.com

Joining Kevin on Nov. 11th will be:

Tickets for this limited capacity event are only $15.  Doors @ 8pm.
Available exclusively at Highlife Records.
Get yours today!