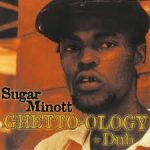 Heartbreaking news has come out of the death at 54 yesterday of the well-loved reggae singer, songwriter, producer and promoter Lincoln Barrington “Sugar” Minott. Born and raised in the ghetto in Kingston, Jamaica, Minott spent his teen years in the city’s sound system scene and recording for Clement “Coxsone” Dodd’s legendary Studio One label. The albums he released at this time, like Live Loving, Ghetto-ology and Roots Lovers—along with singles like “Herbman Hustling” and “Rub a Dub Sound Style”—laid the groundwork for the gritty, soulful dancehall sound that reggae would work into for the next 20 years.

You’ll see evidence of his popularity below, as Minott can’t get through his first tune at his first Reggae Sunsplash in 1983 without the crowd demanding he pull up and bring it again.

Dig this video, its perspective somehow reminding us of the Vancouver Folk Fest stage…